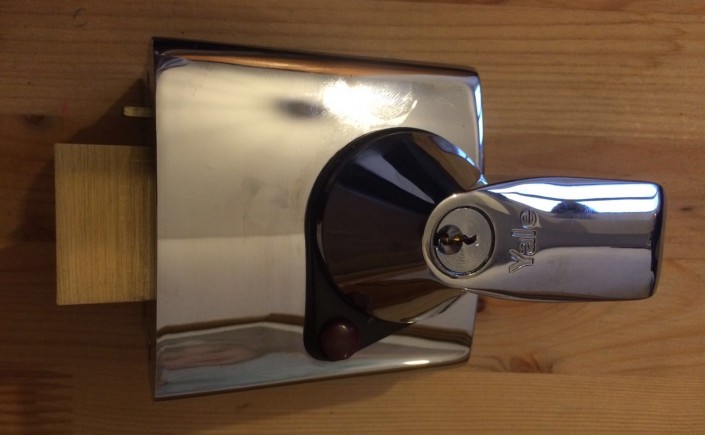 To replace a Yale Lock we suggest you read some information about the Night Latch Lock from LBP Locksmiths Brighton… The Night Latch is commonly known as a Yale Lock, the Nightlatch is found on most wooden doors across the country. The lock itself is a latch type lock (hence the name) which automatically latches when the door shuts; so make sure you grab your keys or you’ll get locked out!

The Yale Lock can be retracted from the inside using the lever/handle/knob and from the outside with the correct key. The majority of lock styles come with a snib knob which allows you to deadlock the latch or hold back the latch if you’re taking the rubbish out for example. A warning from LBP Locksmiths Brighton; Beware, if you deadlock the latch from the inside the key will not work from the outside. This is why the snib knob should always be de-activated on communal doors, yet LBP Locksmiths Brighton still see’s communal doors where it’s been left active. On occasion LBP Locksmiths Brighton has been called to properties where the door has been slammed and the snib knob has dropped down by itself, making the key on the outside useless. So if this were to happen on a communal door people wouldn’t be able to gain access to the building.

The Nightlatch comes in many styles and types. Some can offer a high level of security and some can be very easily by-passed. The higher security versions are generally the British Standard editions which come with anti-pick, anti-saw and anti-drill features. The packaging on the higher security models should have BS 3621:2007 on them. If you’re stuck or unsure, please call, email or send pictures and LBP Locksmiths Brighton will be more than happy to provide advice on which Yale Lock / Nightlatch is best suited to your property and budget.